Andriyan Bayu Suksmono (M’02-SM’08) received a BSc degree in Physics and MT degree in Electrical Engineering from Institut Teknologi Bandung, Indonesia, and a Ph.D. degree in Engineering from the University of Tokyo, Japan, in 1990, 1996, and 2002, respectively. He joined ITB as an instructor (1996-2005), Associate Professor (2005-2009), and Professor since 2009 at the School of Electrical Engineering and Informatics, ITB. His main research interests are signal processing, imaging and quantum computing. Dr. Suksmono is an ACM Professional Member and an IEEE Senior Member. He has been granted several international research funds, grants, scholarships and fellowships from RCAST – Tokyo University, Monukagakusho, JSPS, AIGRP, Asahi Glass and the Hitachi Foundation. He was the recipient of the Outstanding Faculty Award of ITB in June 2007, Otustanding Faculty Award of the Republic of Indonesia in 2020. His work in quantum algorithms for finding Hadamard matrices was included in Nature’s Scientific Report 100 in Physics 2020 and is listed in the Quantum Algorithm Zoo.

Human eyes cannot see objects behind an opaque wall or buried underground. Therefore, an imaging device that capable to see such a hidden object will be interesting, challenging, and useful. In this talk, I will discuss two modalities of subsurface/through-wall imaging, i.e., radar and magnetic-field imaging. In the radar, short range imaging implies the usage of ultra-wide bandwidth spectrum to achieve high range resolution. The specifications, design, and implementation of such a Ground Penetrating/Through-Wall Radar related to this issue will be presented. A magnetic field imaging system employs magnetometers to obtain a distribution of induced magnetic field. Two examples of such systems will be presented, the first one employs a built-in magnetometer of a mobile phone (devices) and the second one is an imaging system that employs an array of magnetometers. Whereas a single built-in sensor works as a magnetic field scanner, the imaging system that employs a sensor array works in real-time like a camera.

Industry 4.0 is considered the great revolution of the past few years. New technologies, the Internet of things, the possibility to monitor everything from everywhere changed both plants and the approaches to industrial production. Medicine is considered a slowly changing discipline. The human body model is a difficult concept to develop. But we can identify some passages in which medicine can be compared to the industry. Four major changes revolutionized medicine:

Medicine 4.0 is definitely a great revolution in inpatient care. New horizons are possible today. Covid 19 has highlighted problems that have existed for a long time. Relocation of services, which means remote monitoring, remote diagnoses without direct contact between the doctor and the patient. Hospitals are freed from routine tests that could be performed by patients at home and reported by doctors on the internet. Potential dangerous conditions can be prevented. During the Covid emergency, everybody can check his condition and ask for a medical visit (swab) only when really necessary. This is true telemedicine. This is not WhatsApp where an elder tries to chat with a doctor. This is a smart device able to measure objective vital parameters and send them to a health care centre. Of course, Medicine 4.0 requires new technologies for smart sensors. These devices need to be very easy to use, fast, reliable and low cost. They must be accepted by both people and doctors.
In this talk, we’ll see together the meaning of telemedicine and E-Health. E-health is the key to allowing people to self monitor their vital signals. Some devices already exist but a new approach will allow everybody (especially older people with cognitive difficulties) to use these systems with a friendly approach. Telemedicine will be the new approach to the concept of the hospital. A virtual hospital, without any physical contact but with an objective measurement of every parameter. A final remote discussion between the doctor and the patient is still required to feel comfortable. But the doctor will have all the vital signal recorded to allow him to make a diagnosis based on reliable data.
Another important aspect of medicine 4.0 is the possibility of using AI both to perform parameter measurement and to manage the monitoring of multiple patients. The new image processing based on Artificial Neural Networks allows doctors to have a better and faster analysis. But AI algorithms are also able to manage intensive care rooms with several patients reducing the number of doctors involved in the global monitoring of the situation. 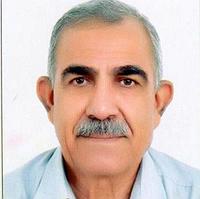 Dr. Sheroz Khan is working as a professor within the Department of Electrical and Renewable Energy Engineering, Onaizah College of Engineering and Information Technology in Saudi Arabia where he is in Charge of the Research Coordinator. He is the founding counselor of IEEE Student Branch at Onaizah College and has been working to create the IEEE PES, IM, and PEL Chapters. He has been working on organizing International Conference on Innovative Research and Development (ICIRD 2021) and to develop international-link programs for Onaizah College. He has been Chair of the IEEE Malaysia Chapter for 2012 while working as a secretary of the IEEE IMS Malaysia Chapter for 2013-2019. He is the co-founder of the International Conference on Smart Instrumentation, Measurement and Application (ICSIMA 2013) and has been the Technical Committee of the bi-annual conference IEEE ICCCE. With the support of his committed IEEE IMS Malaysia, KoE IIUM & FET IIU Islamabad colleagues, Sheroz Khan has been co-founder of ICISE, ICIRD, and ICETAS. He has been the founder of the IIUM-Limoges (France), IIUM-Schmalkalden UAS (Germany) and IIUM-IIU Islamabad (Pakistan) link programs.

Dynamic objects under given operational conditions oscillate with a frequency referred to as natural frequency. Such objects when operated at a frequency close to natural frequency, oscillate with an amplitude higher than those under non-resonant conditions. Similarly objects oscillating at their natural frequencies, when find other fishing objects in their vicinity, create a unique set of complex signals which may be used for fishing objects specific features. Depending on the size, shape, material composition, and orientation, such complex signals constitute a kind of signature RF which may be used for the detection and tracking of the given object. Electrical equipment items when turned ON (or OFF) create unique frequency components which may be used similar to fingerprinting for the detection of these equipment under malfunction or normal function conditions. Similarly large-scale systems such the emerging hybridized electrical grids generate under sometimes malicious control commands, complex signals. Such complex signals may be analyzed to be recognized as a unique set of frequency components. If under certain situations, injected into electrical grids and other similar large-scale hybrid physical and cyber installations, such signals may prove putting the systems into devastating conditions. This keynote explores the possibility of signature frequency signals for the monitoring of low-voltage networks devices.